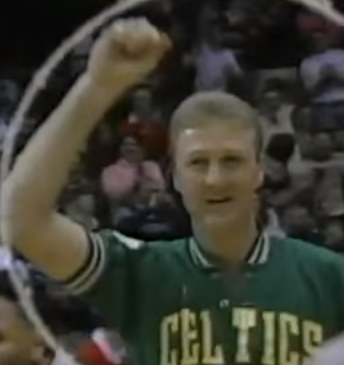 We continue this mini-series we’re doing over the weekend with the 3-point competition, won yesterday by Devin Booker. Let’s get into it!

Craig Hodges won 3 out of the 8 competitions he played in. That is dedication. He may not have won every year, but he stayed in the competition for 8 years. That is more than any other player. And in his prime shooting years, he won. He won during years 4-7 of participating in the competition. So like Bird, he 3-peated. That is why he is in the Hall of Fame for the 3-point competition!

2 wins and 2 runner-up finishes are why he is in this Hall of Fame! His best finish was also 22/30, the same as Larry Bird.

As you can see with the picture above, he can shoot. He has the form where he can knock a shot down from anywhere around the arc. Stojakovic had the ability to knock 10 3-point shots in a single game, while also in another game scoring 42 because of 3-pointers dropping for him. He is worthy of the final spot chosen by me.

Who Can You Vote For:

Head over to twitter.com/fourfootnuttin on Twitter. That is where you will be seeing a poll, in which you can vote for the 4, 3-point shooters. The #1 voted player will join the Hall of Fame for 3-point shooters! Have an amazing rest of your day!