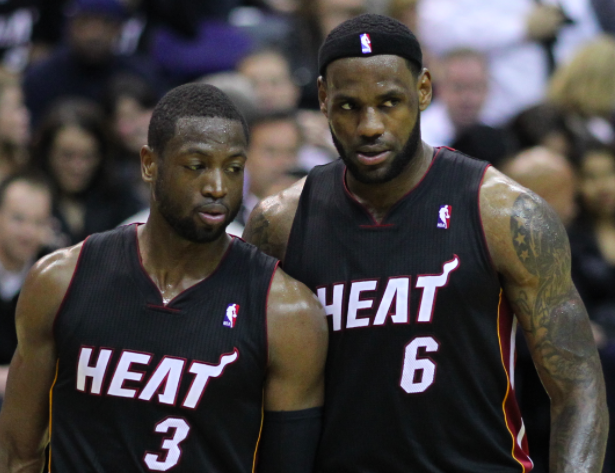 The trades that the Cavaliers made on the trade deadline have told me that he wants to leave the team in Free Agency. The Cavaliers know this and therefore are starting to prepare for the days where they have to tank. Here are my analysis and predictions on the Cavs trades and their future. I suggest you take a look at Trade #3, because that is where I got the blog title from.

Jordan Clarkson(25) – On the younger side
Larry Nance Jr.(25) – Young player that has athleticism, easy to develop

Overall: This trade was for the Cavaliers to get young, talented players. If they get a few good rookies, then that is why you have Clarkson and Nance. These 2 players are perfect in a contending roster. They just need to get young talent around them, which they can achieve with their Nets draft pick. All in all, this was a good trade to get talent for the future.

Trade #2: George Hill and Rodney Hood to the Cavaliers; Derrick Rose and Jae Crowder to the Jazz; Joe Johnson, Iman Shumpert, and a 2nd round pick to the Kings

For this trade, I’m not going to be looking at Joe Johnson because he had no affiliation with the Cavaliers in the trade.

George Hill(31) – Veteran presence who has helped any young team
Rodney Hood(25) – Young SG who is showing massive improvements, 16.8 PPG so far and he is a catch and shoot type player which every team can use

Overall: This trade was to get rid of players that have bad contracts. Jae Crowder and Iman Shumpert are not close to having a good enough season to be earning $7+ million. To get a guy in Hood who is still young and has so much room for potential is huge. And then with all the young players, you need the veterans to lead the team. An example is the current Kings. The idea in the offseason was to develop players, but then sign Zach Randolph and Vince Carter to help the team grow. Overall, this is a trade for the future and making sure every young player reaches their potential.

Trade #3: Dwayne Wade for a second round pick

The title of this blog post is labeled, Lebron is Gone. This is the trade that makes me predict Lebron will not resign with the Cavaliers. Wade wants to be teammates with Lebron. However, if Lebron leaves, Wade is stuck on the Cavs. Therefore, Lebron wanted to make sure Wade left now. He is prepared to leave.

I think that is known by now, but to say it again I don’t think Lebron is staying in Cleveland. If he does, it will be really surprising. Teams such as the Rockets, 76ers, Lakers, and Spurs are options I think he will be looking out. Quick note, I do not think he will be joining the Warriors. I don’t think he would turn down 40 million dollars for 2 million. And based on the salary cap, the Warriors can only sign Lebron for 2 million unless they get rid of Klay Thompson and Draymond Green. But to get right to the point, I believe Lebron James will leave Cleveland in the summer.

#2: The Cavaliers trade Kevin Love in the offseason

I have no idea what the Cavaliers would trade Love for. Last offseason, we saw stars traded for almost nothing. I put together a possible trade with the Knicks, however, I’m not sure if both teams would agree on it.

Again, it’s a possible trade offer. Now if I’m the Cavs in rebuild mode, Mudiay sounds like a nice PG to have. Especially if you get Bagley in the draft, that’s a fun team. And going into the next season you have a nice starting lineup. Here are 8 players on this possible team including how old they are on opening night next season.

To me, that is one entertaining young team. Those 8 players will have an average age of 25.25 on Day 1 of NBA opening night. And as I said before, there is a 99% chance that it won’t happen. However, I am trying to get the point across that the Cavaliers are making significant roster changes. Don’t be surprised if Love and Thompson get traded in the offseason.

#3: The Cavaliers won’t make it past the 2nd round in this year’s playoffs

The Cavaliers just don’t have the chemistry yet with the new additions. They need time to figure it out, however, they made these trades right at all-star weekend. That means there is not much time until the playoffs. In fact, it is so bad that they have 28 games to prepare. Other teams get a full 82 games. If they don’t figure it out quick, they will be seeing an early exit. It all depends on the King, Lebron James. However, that is my bold prediction for the playoffs. If they ever face the Celtics, they will lose. If they face the Raptors, they will lose. And the Pistons are another team that could cause a suprise upset against the Cavs. I don’t think the Cavaliers will figure it out in time, which is also good for the NBA. We might not be seeing a Cavaliers v Warriors Finals.

A long post for today, but a needed one. We are talking about the NBA’s best player. Thank you for reading today’s blog post. If you have any suggestions/comments please do consider leaving a comment at the bottom of the blog post. I really like responding to basketball questions, and if I think they are interesting they may even get a whole blog post. Have an amazing rest of your day!