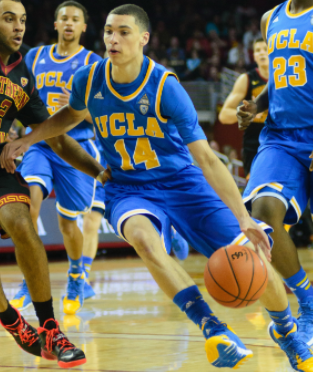 We’re over a month into the season and I’m still doing a season preview. I’m committed to finishing this so we are at part 16. I will be trying to speed things up and trying to do about 8 questions per post so I finish in the next 2 weeks. Hope you enjoy!

52. Which player will lead the league in scoring? – DeMar DeRozan

I want to predict when this will happen, so instead of putting this as a prediction type question, I want to answer this as of right now. To let you know beforehand, I created a document of all my answers before the season started, and this was the answer to the question.

Right now Dirk is averaging 11.1 PPG on the Mavs. To surpass Wilt Chamberlin, Dirk needs 938 more points. That’s pretty surreal considering we are talking about going past a man who had a 100 point game. You always have to keep in mind minutes played, because when Dirk has played under or equal to 20 minutes, he hasn’t scored 10 points or more.

If we add all the games Dirk has played over 20 minutes, he averages 12.2 PPG, a lot more then the 11.1 PPG. I think the Mavericks at this point know they have no shot at making the playoffs and realize this could be Dirk’s last season. By the middle/end of the season, he will be getting the majority of the touches. Therefore I don’t think he will play less than 21 minutes a night.

Now here is where the struggle comes in. If Dirk keeps this rate up, he will get the 938 points in 77 games. The problem is, they are over 20 games into the season. I believe in Dirk to put up some big games from time to time and therefore I would lessen that to 67 games. Still, over the 82 games in the season, which is why it will be interesting to see if Dirk can hit the milestone.

So to sum it up, if Dirk will hit this incredible milestone then he will hit it at the very end of the season. I do hope we get to see the German Jesus take over #5 on the all-time scoring chart.

Take a look right under Lonzo Anderson Ball. I’ll give you this nickname, (Zo). Now tell me, who has that nickname. If you know your hall of fame game, you know Alonzo Mourning is nicknamed Zo. Lonzo Ball cannot go by this as there should be only one Zo. What I’m trying to say is that Lonzo needs a new nickname, as I’m calling Alonzo Mourning, Zo, and calling Lonzo Ball, Lonzo.

Pau Gasol was a great signing for the Spurs. However, you have to realize that he is 37 years old. With him signing a 3-year deal, they have no other money to splash in free agency as they are using it with Gasol. Pau Gasol is losing his athleticism, and by the age of 40 will probably play only 12 minutes for the Spurs. I love Gasol and I love how the Spurs resigned him. But they should have done it for one year, not three.

I need a contest with all 3 of these guys in it. Zach Lavine and Aaron Gordon made the best/most competitive dunk contest I have ever seen. I think it was the greatest dunk contest in NBA history. I want to see Lavine back as I think not only is he just amazing to watch but he gives Gordon the want to perform. Then you have Derrick Jones who I think was the best dunker in the past dunk contest. I think those 3 together would create the best dunk contest of all time.

For entertainment purposes, Lavar Ball misle just perform at all-star weekend. It would provide a comedic element which you want in the weekend. I think this is something everyone who supports the NBA wants to see.

This depends on how hard the Knicks try. Porzingis has become the center of the team because Melo left. New York is known for deciding not to tank, which is what happened last year. If the Knicks tank, I think they can land someone like Luka Doncic which is definitely an option you can choose. However, if the Knicks play hard I think they have a shot and being the 8th seed in the playoffs and getting swept in the 1st round. If I were the owner/GM of the Knicks, I’d pick tanking but I think the team will pick the 8th seed option.

Thank you for reading and have an amazing rest of your day!