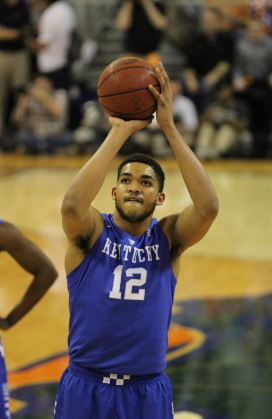 Today I continue the 82 Burning Questions with 3 more questions. The ideas for the questions were not mine, I take them from the Starters NBA show on TV and youtube. I am going through a season preview with their questions, as some of the questions are fantastic. I believe these 82 questions really cover the season, and I can get all my points out through this. Do make sure you check out The Starters show because it is a fantastic show with 4 great analysts. Without further introduction, let’s get right into 3 questions.

8. Which storyline are you already tired of? – Lonzo Ball Leading Lakers to Playoffs

Lonzo Ball will find it hard to make it on a all-rookie team. During the total of the preseason, he has shot only 2/8 from the 3-point line, which is confusing why he decided to take 8 3’s in 2 games. His assist numbers are pretty good, however a lot of his assists in the preseason were passes to Randle in isolation or another easy bucket. I would recommend checking out one of my recent Blog posts on why Milos Teodosic is better the Lonzo Ball, because his passes had a harder level of difficulty. Your not always going to get easy buckets and someone like Teodosic showed he can make great flashy passes.

To sum it up, Lonzo is not making it to the playoffs this year. Lonzo Ball is not going to be any where close to all-star level like some people are saying. Ball is overrated and is a player who I have gotten sick of the story line. To be completely honest and a little harsh, I think Lonzo Ball is a bust.

I love the Pelicans as they are my favorite NBA team. However the Pelicans have the best front court in the league and might still struggle. Who can shoot on the Pelicans? Jrue Holiday? Tony Allen? Rajon Rondo? I would say the best 3-point shooter on the team is Cousins, and that is pretty bad considering he shoots under .400% from 3. and he plays Center. This pick would be different is the Pelicans got Nick Young in Free Agency, he provides a spark off the bench. However this team could go downhill quickly.

That being said, the Pelicans could prove this wrong. The question is potential, not how I think they will do. I think the Pelicans will make the playoffs. Cousins and Davis worked hard together in the off season, building their chemistry. They added one of the best defensive players in the league, and then they also added playoff star Rondo. It will be interesting to see how they do this season.

*Next blog post will be 10th Question, It is predicting MVP

11. Who will make their 1st All-Star Game? – Karl-Anthony Towns

At this point, if Towns doesn’t make his 1st all star game then the game is rigged. He is everything you need in an all-star. He rebounds, he scores, and he is the best player on a contending team. To keep this short and sweet, he had 18.3 PPG in the 2015-16 season and 25.1 PPG in the 2016-17 season. He also added more rebounds and assists last year, and the Timberwolves added Teague, Gibson, and Butler which will make it easy for him to dominate. Towns will make the All-Star game because if in a case he doesn’t make the playoffs, the Timberwolves superteam will be anywhere from the 10th seed to the 15th seed. That won’t happen.

I think the new system will make the game more interesting. Questions can be asked for every captain possible. A few for this are:

Will he pick his Warrior Teammates?

Will he end up picking Westbrook?

Will he end up picking Durant?

Will he end up picking Lebron?

Will he end up picking Kyrie?

Those questions above are just some of the questions asked about the game. I feel everything will get better from advertising the game to the actual game itself. There will be so much hype around the game and I believe it will be very entertaining.

Thanks for reading this post, make sure to follow this blog and have an amazing rest of your day!