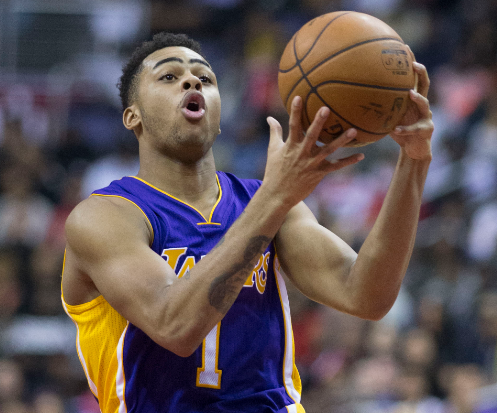 Today we continue are season preview with my prediction of the most improved player. I will be giving my dark horse, my runner up, and my winner. I hope you enjoy!

Kris Dunn is looking like a bust from last years NBA draft. He had a horrible rookie season with the Timberwolves, only averaging 3.8 PPG, 2.1 RPG, and 2.4 APG. He is now in a new situation, which is probably playing starting Point Guard for his new team, the Chicago Bulls. Here is where he could win this award.

Last year Kris Dunn was playing backup point guard behind Ricky Rubio. Zach Lavine also played a little Point Guard for the Timberwolves last year. This year, Dunn was traded in the Jimmy Butler trade and will be starting for the Bulls. If you look at the Point Guard depth chart, his competition is Jerian Grant and Cameron Payne. Both these players were getting over 5 points a game last year. However if you know the Bulls last year, they had a problem with the position. They didn’t have a good point guard, and you have to remember Payne and Grant were on that team. Dunn is going to step in to the team starting, and with them tanking will provide Dunn a ton of minutes.

Kris Dunn was not completely a bust last year. Last year he did pretty good on defense, with 1 steals per game and 0.5 blocks per game. That is with only playing 17.1 minutes per game.

Let’s look at this preseason. So far he has played 3 games, against the Bucks, Mavericks, and the Pelicans. Against the Bucks, he played 16 minutes, scoring 11 points with also 3 rebounds and 2 assists. Against the Pelicans he played 22 minutes, scoring 11 points with 3 assists and 1 rebound. Pretty decent so far, however he had one game against the Mavs that wasn’t to good. He shot 1-9 in shooting, with only 2 points in 21 minutes. He did show this game that if he can’t play well shooting he can play well in other areas. That game he had 6 assists and 4 rebounds. He does need to improve on his game so that he shows potential for the Bulls.

Now we can look at some games last year. His last game of the season was outstanding. The Timberwolves played him 32 minutes, and while he only had 10 points he had 16 assists! I think that shows the potential he has, however it will be interesting to see how the Bulls use him this year.

Gordon Hayward Out. Rodney Hood in the starting lineup. His stats are going to grow in a huge fashion. Here is why Rodney Hood is my Runner Up for the award.

First I want to quickly talk about the team surround him. Right now the Starting 5 is:

Who is the #1 scoring option on this team? You might argue Joe Ingles, however you can also argue Rodney Hood. Last year he only played 27 minutes, scoring 12.7 PPG. Now this year he should be playing about 35 minutes, making about 16-17 PPG. Last year Joe Ingles played 24 minutes a game, scoring 7.1 PPG. If he ends up playing 35 minutes, he will score about 10 PPG. Also, Hood is 24 years old where Ingles is 30. I think if the Jazz tank they would prefer for the younger player to not only play more minutes but to be the 1st scoring option. Therefore I do think Hood will be the 1st scoring option for the Jazz and will also lead their team in the PPG category.

The other part about the lineup is the 3 other players surround him. For the defensive side of the game, Favors and Gobert are helping you out. But the other thing they can do pretty well is the offensive rebound category.  Favors played 23.7 minutes with 1.8 offensive boards. Gobert played 33.9 minutes with a respectful 3.9 boards. However this year because Favors will have more of an opportunity, they will play in total about 65 minutes a game. Therefore, I believe the offensive boards will total to about 6.5. This gives the ability for Favors/Gobert to grab the board and kick it back out to Hood. This provides a lot of catch and shoot chances for Hood which he can excel out this year.

Finally you have Rubio who stats wise is better for Hood then George Hill was. Ricky Rubio last year had 9.1 assists per game, while Hill only had 4.2 assists per game. For someone who wants to score and win this award, Rubio is a perfect player for this. Plus, Hill averaged about 5 more points, which gives an even bigger opportunity to Hood.

To sum it up, Hood has guys on his team who can help him with this award. I think he may not win the award, but he will be in the running for it.

A new situation for DLoading, the Nets star is my most improved player of the year. We’re going to look at Russell’s two seasons, and why this situation will help him improve even more.

In 2015, he scored 12.2 PPG in 28.2 minutes. In 2016 he scored 15.6 PPG in 28.7 minutes. In his second season, he only played 0.5 more minutes but he scored 3.4 more points per game. If your graphed this line and put a 3rd season as a point, it would read as 19 PPG in 29.2 minutes. However you have to think playing for the Nets will gift him more minutes. Spencer Dinwiddie last year played 22.6 minutes, Isaiah Whitehead played 22.5 minutes. Both these guys scored less then 10 points in their season, and their all around numbers were not as good as a guy like Russell. I think Dinwiddie and Whitehead will combine for 20 minutes a night because I think the Nets understand they don’t give a lot of production. Therefore, Russell will play about 23 minutes at the Point, while also playing about 10 minutes at the 2. These stats accumulate to 33 minutes, with a projection of a 21.5 PPG.

To sum the stats up, we are looking at an improvement of 15.6 PPG to 21.5 PPG in this upcoming season. When you put up over 20 points per game, that is looked as great numbers. For the Nets, D’Angelo Russell could be amazing. I believe he is in a much better situation and he is my most improved player in my season preview.

Thanks for reading, please make sure to follow my blog and have an amazing rest of your day!