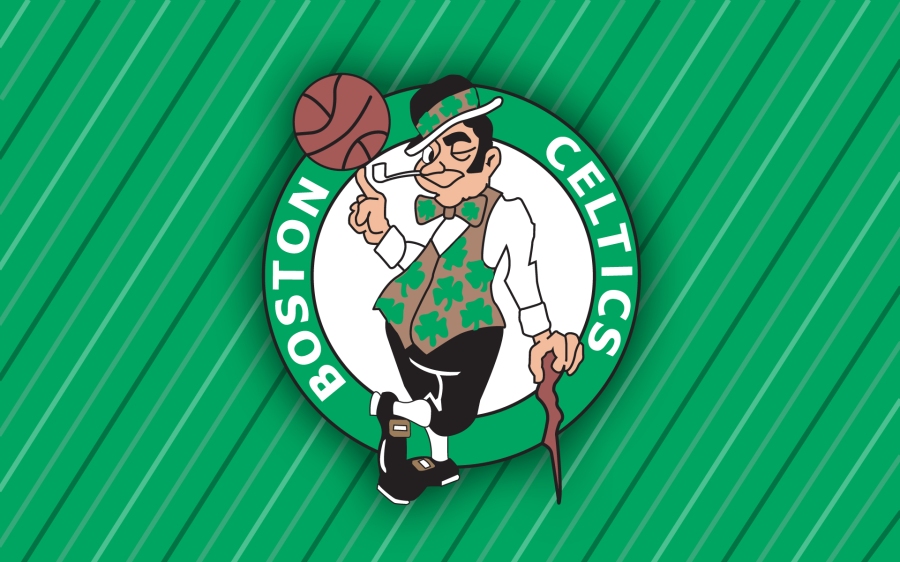 We continue our season previews with the Boston Celtics. Could this team possibly beat the Cavaliers in the Eastern Conference Finals? Find out as I tell you my insight on this team.

The Celtics this offseason aquirred one of the best players in the NBA, an All-Star by the name of Gordon Hayward. Some of you may be asking, why have you not put him at the Small Forward position, where he played in Utah? The Celtics need defense on their team, especially in the back court. I don’t see Jae Crowder locking down defenders in the league, and Jaylen Brown just isn’t ready to become a regular starter. Gordon Hayward is known for his offense. However in terms of players that have played 40 or more games last year, Hayward ranked 6th in defensive rating. 3 of the only players that ranked higher then Hayward are Luc Mbah a Moute, Danny Green, and Draymond Green. Players known for their defense, Andre Roberson, Michael Kidd-Gilchrist and Tony Allen ranked lower then Hayward! I think that proves my point on why Hayward is a great defensive player, and really to sum it up he is one of the best two way players in the NBA. The Celtics did add many players to their team, because they lost Kelly Olynyk they ended up adding Aron Baynes. The Celtics also added rookies Semi Ojeleye and Jayson Tatum, which really does improve their depth. Gordon Hayward will play at shooting guard for the Celtics, which makes very good competition for the best back court in the league. It will be interesting to see how they do in the 2017-18 season. But let’s get in to my predictions for the Celtics 2017-18 season.

Here are my predictions for the games that are televised for the Celtics.

The Celtics will indeed lose on opening night to the Cleveland Cavaliers. Even if Kyrie does get traded from the Cavs, King James, Kevin Love, and who ever they get in return will crush Boston. Lebron James will shut down Gordon Hayward, while Kevin Love will hit so many shots on Marcus Morris. I believe in this game Love will have an incredible season opener, with 35 points. This game will be entertaining, however not so much for the Celtics fans.

Remember last year when Brogdon hit a game winner to beat the Celtics? Well, my prediction is that he does it again, this time with a 3 pointer. Brogdon is defiantly a player to watch out for next year, he could possibly take a massive leap after an incredible season last time around, the first rookies taken in the second round to win rookies of the year. The Bucks are a fantastic team, with Brogdon, Middleton, the Greak Freak and Maker. I believe Brogdon and especially Thon Maker will both have huge jumps and produce great numbers next year. In 2-3 seasons, we will be talking about why Thon Maker should win defensive player of the year. In my opinion, he is better then Greg Monroe and is going to have a chance at being the second Bucks player in 2 years to win the Most Improved Player Award. I also know that Giannis will shine vs the Celtics. There isn’t a player on this team that can stop his way of driving to the basket, where he starts at the 3-point line and takes two massive steps, ending up dunking the ball at the basket. The Celtics will come close to beating the Bucks, but just can’t get that extra bucket to win the game.

The Celtics first televised win comes in overtimes against the Spurs. Isaiah Thomas will go of against Dejounte Murray, while Marcus Morris does well against the aging Lamarcus Aldridge. Pau Gasol is also on the older side, therefore a fast Al Horford crushes his competition. The Spurs one main player(Of course Kawhi Leonard), is the player that keeps them in the game. However when the game went to overtime, Thomas dominated the competition, we know how could he is when it gets to the late stages in the game. Of course as you may know he had the most points of anyone in he 4th quarter last year.

The one problem when the Celtics face the Thunder is that there is no one on the Celtics that can somewhat defend Westbrook. Westbrook dominated Isaiah Thomas, as much as he is a star, he just can not defend. I believe that keeping Avery Bradley would lead them to win this game, but Marcus Morris is not the guy that is defending Westbrook.

Your crazy if you are putting the Lakers to beat the Celtics. Lonzo Ball is not a star and Isaiah Thomas will shut him and his jumpshot down. Brook Lopez is the Lakers best player, however Al Horford counters that. I don’t even need to explain this anymore, it is a clear win for the Celtics.

The Celtics just aren’t the team to stop the Warriors. I have said this many times and I will say it again, the Celtics don’t have a player to defend the perimeter. Unless they go out and get Tony Allen from free agency, no one is going to shut down the splash brothers. This is an easy win for the Warriors, and the Celtics only hope to beat the Warriors in the coming years. At least the Celtics have Tatum, Brown, and the 2018 76ers 1st Round Pick to fall back on.

The Phily 76ers are going to be good or bad based on injuries. Embiid is a major concern, he could possibly be one of the best players in the NBA, or he could end up being injured the whole season. If he can prove that he won’t always struggle with injuries, the 76ers will probably beat the 76ers. But in my mind, he will be like Derrick Rose, by getting injured for what feels like the 100th time.

*At this point, I have looked through the schedule and found that there are many televised games for the Celtics, exactly 27 more games to go. So to keep this post interesting, I will write down by predictions for the scores but only explain the key games. If you would like to hear my reason for an individual score, let me know by emailing fourfootnuttin@gmail.com.

This game I will be explaining because of the fact that it is James Harden, also because of the fact that many people might think that the Rockets might actually lose this game. But my point comes up again, I don’t see Isaiah Thomas shutting down James Harden and Chris Paul. Yes, Hayward can probably stop one of them. However where is Avery Bradley to stop the second? CP3 is going to play amazing if guarded by Thomas, and Harden will play amazing if guarded by Thomas. Both of these players have a chance to get a triple double if they are indeed guarded by Thomas. So that is why I have the Rockets beating the Celtics.

This game will be interesting. It really is back court vs front court. It will be interesting to see Isaiah Thomas and Gordon Hayward vs Paul Millsap and Nikola Jokic. I have them just barely winning, in fact only by one point. The front court of the Nuggets is talented, and the fact that they have a great bench, including Juan Hernangomez, Keneth Faried, and defensive specialist Trey Lyles shows that they not only have 2 possible all stars, but an incredible depth in the position. The problem with the Nuggets is the fact that their back court is made up of Emmanuel Mudiay and Will Barton. Mudiay and Barton are 2 great players, how ever they do not even compare to IT and Hayward. Therefore, the Nuggets do end up losing to the Celtics in this matchup.

The final televised game comes against the Wizards. Why do I have the Wizards beating the Celtics? Well John Wall can carry his Wizards by himself. Bradley Beal is a good sharpshooter to add to the power of Wall. I said this before, I say it again, the Celtics perimeter defense is just not good enough. The Wizards will cruise to victory if the Celtics don’t make a change to their team. IT and Hayward are good, but John Wall is the best guard in the East, no competition at all. He will carry his team to beat Boston, I have no doubt about that.

The Celtics need to make a trade, or get Tony Allen in free agency. Yes I have them as a 54 win team, however if they had better defense they could possibly be a 60 win team. Marcus Morris is a great player, but to the Celtics Avery Bradley is more valuable.