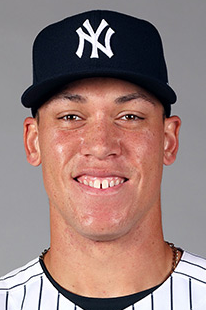 With the MLB All-Star Events taking place, I decided to make an MLB team using players only from the NBA.

Kevin Love throws full court passes all the time. He would have no problem throwing the ball to second base to catch a runner stealing. Let me use statistics to show you why he can be the catcher in this team. Love threw a 80 foot foot pass to Lebron this season. 127 feet is the distance from home plate to second base. So you may be asking, if it is a 47 feet difference, how is it possible for him to throw that extra amount of feet? Well, a baseball only weighs 5.25 ounces. A basketball weighs 22 ounces. Therefore you can throw a baseball a lot farther then you can throw a basketball. If someone wants to steal, Love’s got it covered.

If he can catch lobs, he can catch a baseball. As a first baseman your goal is to catch the ball and make sure you don’t drop the ball. If there is a bad throw, the 6’11 man can reach out to grab that ball. Billy Burns can’t use his speed with Deandre Jordan posterizing him at first base.

A 2nd baseman requires you do have quick hands so on a double play you can let the ball fly fast. As we know, Curry has made some of the best passes we have ever seen. He even won pass of the year assisting Kevin Durant on an alley-oop. We know Curry has some of the best hands, so lets see these hands in an MLB game.

Short stop has been a position for the stars over the years. An example of this, Derek Jeter. I felt we needed a star, the best current basketball player. That is by far the King, Lebron James. Lebron is great at everything, whether it is passing the ball, shooting the ball, or playing defense. Lebron James can be like mike, create a baseball team and be a star in an expansion MLB team.

Andre Miller technically hasn’t retired yet. That is why I am using him in the team. Why am I using him as 3rd baseman? Because he can make excellent throws to first base. We saw him throw a touchdown pass to Bradley Beal and he also had half court alley oops to Kenneth Faried and Javale McGee. This man can throw the rock, and he can throw a baseball to Deandre Jordan, the first baseman.

Superman is playing left field. With the new Spiderman movie coming out, I thought we might need a superhero. Dwight Howard is the perfect left fielder, the perfect replacement for the old left fielder of this team, Bo Jackson. A superhero is super for this NBA MLB team.

I need someone to rob home runs. Giannis is 6’11, with a wingspan of 7’0. This means that he can jump over the wall and snag the possible homer. I mean, have you seen how Giannis plays the game. His nasty euro steps and how far he can go in 2 steps kill other teams. I feel that if Aaron Judge trys hitting a homer out to center, Giannis will be there to catch it.

6’7, the height of Aaron Judge and Jimmy Butler. Judging the fact that Aaron Judge won the home run derby, I think that if we get a very tall player he can hit 30 bombs in 1/2 of the season. It is unbelievable what the 25 year old Judge is doing. With this team, it would be unbelievable to see what Jimmy Butler would be doing.

We need a pitcher to carry this team, a pitcher to lead this team to a playoff run. Who better then Andrew Wiggins. His first pitch was incredible and I believe he can throw 100 pitches like that in the MLB. For Wiggins, this is an honor to be a starting pitcher as he got it over every other player in the NBA.

Like Andre Miller, Charlie Villanueva is not technically retired. I put him in as a reliever because of the fact that he threw an incredible first pitch. If Wiggins ends up getting tired, throw Villanueva into the game and watch him throw strikes. Villanueva can be like Chapman, an incredible pitcher with incredible talent.

Chandler Parsons is our sandman. He can come into the game and throw an 100 mph fastball. This is the guy we bring in when there is 2 outs, bases loaded in the bottom of the 9th. Parsons is that man who can be the hero. Like Villanueva and Wiggins, it is a huge honor to be in that position. Overall, cracking player and a cracking player he will be in the MLB on my NBA team.

Manu Ginobli can hit a bat. No, that is literal. If you haven’t seen the clip, search it up online. Ginobli hit a bat who was flying through the stadium out of the air. Ginobli is definitely a player I want in a pressure situation. He can swing at a bat whether it is hitting a baseball with the bat or hitting a bat flying through the air. We don’t have a lot of hitters on this team as it is more fielders, however if we need a hitter we have the Argentinian man.

John Wall is one of the fastest players in the NBA. He is the best at turning on his jets and running full steam ahead. I think that because we have centers who tend to be on the slower side, John Wall can pinch run for them and he can steal a good 50 bases this season. Wall is the last of the players, but we still have to talk about the head coach,

Whether it is football, baseball, or soccer, Pop can coach them all. Popovich is one of the smartest coaches of all time. He can turn a team like the Nets into a playoff team. With that in mind, Pop can make sure that every player is improving on their game. Greg Popovich is one of the greatest coaches ever, you can talk about drafting players, improving players, and being a great game coach. Pop has it all and he is the piece to making this team shine in the MLB.

Thank you for reading this fun little episode! This was really just a fun topic that I decided to do with Aaron Judge winning one of the most insane home run derby’s. Do not take this post literal as this team probably wouldn’t do much in the MLB. Thank you for reading and have a great rest of your day!