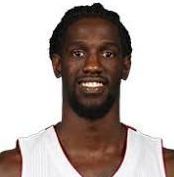 Watching Briante Weber in the Summer League can be summed up in one word – Entertaining.

Briante Weber has the speed and dribble moves of an NBA player. He has played 27 games in the NBA with 4 different teams, scoring 3.4 points, 1.6 assists and 1.9 rebounds in 13.9 minutes. He even has a little defense to him game with 1.5 steals when playing his only 4 starts with the Grizzlies.

Next we can talk about where he has really been shining, the Summer League. In his first game he scored 17 points with 6 for 7 in terms of free throw percentage. In his second game he had 12 points. In his 3rd game he only had 7 points however he had a block and three steals. That game really showed he can play defense as well as offense. His +/- in that game was 12, which shows that even in a low scoring game he helps out on both ends of the floor.

So, why are teams not letting him play on the NBA court? Well, it is because of the fact that he needs to improve on two areas of his game. He needs to work on his consistency and his ability to lead a team.

We did see a drop of in each of the games, going from 17 points to 12 points to 7 points. If he can improve on his stamina so that he could of got 17 in all of those games, he can really be a monster in the NBA. We see a lot of players having a 20 point game but the next game they put up 5. Briante Weber needs to improve on that to make sure he is always staying hot on the court.

Next is his ability to lead a team. This area of his game is not shown on the box score. You can see in the game that he likes to have the ball in his hands at all time. Sometimes you see Weber holding the ball from the beginning of the shot clock to 5 seconds left on it. Therefore the team has to put up a bad shot. A lot of the time he trys to do to much meaning he turns the ball over to much. If he can improve on this and be more of a team player, I can see him being almost a Jeremy Lin in the NBA.

These two areas of improvement can be fixed. In an interview where he was asked if he got an opportunity or if he was being disrespected, Briante Weber stated, “It’s a little bit of both. It’s some fuel to the fire to show that I can be a valuable backup. At the same time, I’m just here to work.” This quote shows that no matter what happens he will work hard and make sure that he can improve his game. He wants to be a backup or maybe even a starter in the NBA. I believe he can be the next best guard coming out of the D-League, someone like Jeremy Lin or Shaun Livingston. Overall Briante Weber is deffintly someone to watch out for in the future.